You are here: Home / Archives for pigsticks

Has it really been a year?!

Too much has happened and I have no excuses for not blogging. Well, apart from dealing with everything life throws at a person, of course. (And the fact I forgot my password log-in.) So, time for a catch-up methinks!

I hadn’t talked much about it, but I’d been working steadily on a series of books about a young Robin Hood. They concerned BIG details about the character, such as him learning to fire a bow, light a fire, and survive as an outlaw – things that I don’t think we’ve ever seen before.

The trilogy began with Robin’s father dying, which proved problematic as during the writing I found out my mother had incurable cancer. I suppose the story and real life became intertwined in some way, and I found writing about a boy’s feelings concerning losing a parent was a bit too close to the bone. So when I used the word ‘steadily’ to describe my work rate, it was more stop and go. But the publisher and editor were really understanding.

Mum died, I grieved, things moved on, and eventually we were happy with book one. Book two, in contrast, was easy to write. It contained a huge battle at the end – one which I thought was probably the most exciting thing I’d ever written.

And earlier in 2016, I was close to finishing the final part in the series when I heard that the publisher no longer wanted the books. They were trimming their list.

It’s a very strange situation to find yourself in. The cathartic nature of battling through difficult work and finally succeeding in reaching the end was not to be mine. However, I do now sit with an unpublished trilogy of books about Robin Hood growing up in Sherwood. Who wants them?

So, that’s Robin out of the way.

What else happened? I set up This Book is Funny, which was successful, and is back on the road again for 2016.

I travelled the world. I visited the US and China, making school visits and talking about my books. I’ve been back to China once more in this time, and made some terrific friends. I also now know that Pigsticks and Harold will be published in China, which is a wonderful thing. I cannot wait to see how they treat it.

Now then, there is much more to say, but that can wait for a bit. Events are coming up, as well as new stories, and I am dead keen to write some ‘How-to’ posts about my model-making. I’ll be doing those soon.

So, for now, thanks for reading.

I don’t have space for all of them, so which should I choose? ARGH! 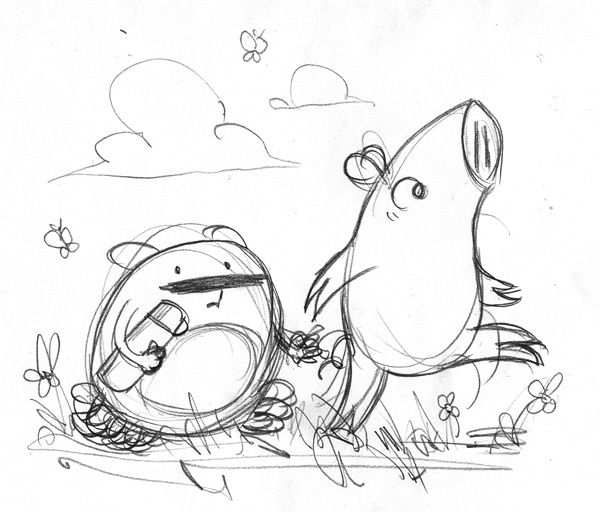 And Harold’s taking his Thermos flask full of tea! You never know how long these things go on for. 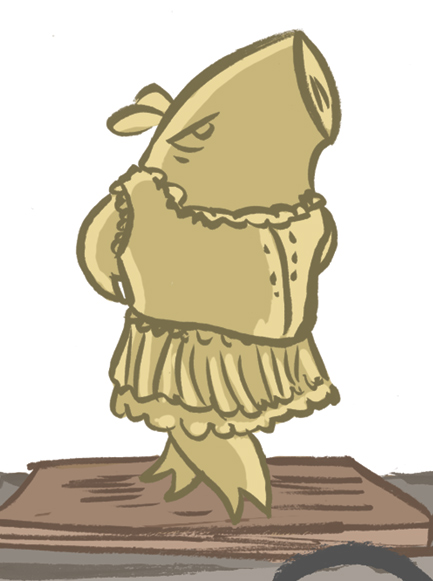 I’m getting quite far into Pigsticks now, and starting to see what the book requires. (A lot of details!) So I’m heading back to the initial pictures and filling in backgrounds, adding objects and characters. It’s going to be a real mix of full on spreads and more basic character images.

There’s a lot to be done, but for now here’s a new addition to Pigsticks’ art collection. The Ballerina Pig, by Degas.