You are here: Home / Archives for harold

Has it really been a year?!

Too much has happened and I have no excuses for not blogging. Well, apart from dealing with everything life throws at a person, of course. (And the fact I forgot my password log-in.) So, time for a catch-up methinks!

I hadn’t talked much about it, but I’d been working steadily on a series of books about a young Robin Hood. They concerned BIG details about the character, such as him learning to fire a bow, light a fire, and survive as an outlaw – things that I don’t think we’ve ever seen before.

The trilogy began with Robin’s father dying, which proved problematic as during the writing I found out my mother had incurable cancer. I suppose the story and real life became intertwined in some way, and I found writing about a boy’s feelings concerning losing a parent was a bit too close to the bone. So when I used the word ‘steadily’ to describe my work rate, it was more stop and go. But the publisher and editor were really understanding.

Mum died, I grieved, things moved on, and eventually we were happy with book one. Book two, in contrast, was easy to write. It contained a huge battle at the end – one which I thought was probably the most exciting thing I’d ever written.

And earlier in 2016, I was close to finishing the final part in the series when I heard that the publisher no longer wanted the books. They were trimming their list.

It’s a very strange situation to find yourself in. The cathartic nature of battling through difficult work and finally succeeding in reaching the end was not to be mine. However, I do now sit with an unpublished trilogy of books about Robin Hood growing up in Sherwood. Who wants them?

So, that’s Robin out of the way.

What else happened? I set up This Book is Funny, which was successful, and is back on the road again for 2016.

I travelled the world. I visited the US and China, making school visits and talking about my books. I’ve been back to China once more in this time, and made some terrific friends. I also now know that Pigsticks and Harold will be published in China, which is a wonderful thing. I cannot wait to see how they treat it.

Now then, there is much more to say, but that can wait for a bit. Events are coming up, as well as new stories, and I am dead keen to write some ‘How-to’ posts about my model-making. I’ll be doing those soon.

So, for now, thanks for reading. 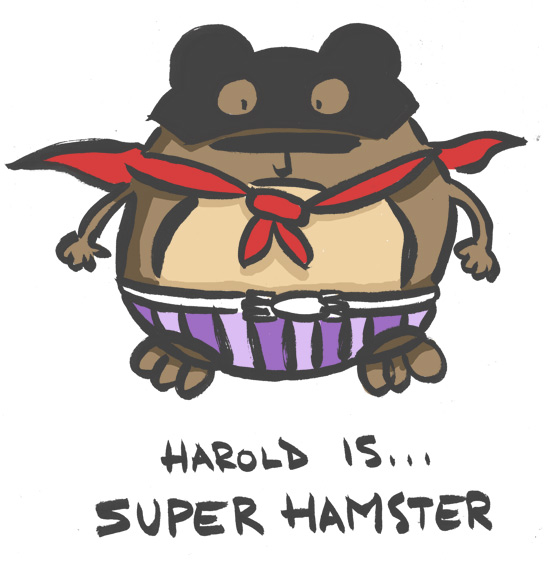 My daughter picked up Sarah McIntyre‘s new picture book at the weekend – SUPERKID! – which has a hamster in it. And it’s no ordinary hamster, either, it’s… SUPERHAMSTER.

So, of course, I couldn’t resist drawing Harold in a SUPERHAMSTER outfit! 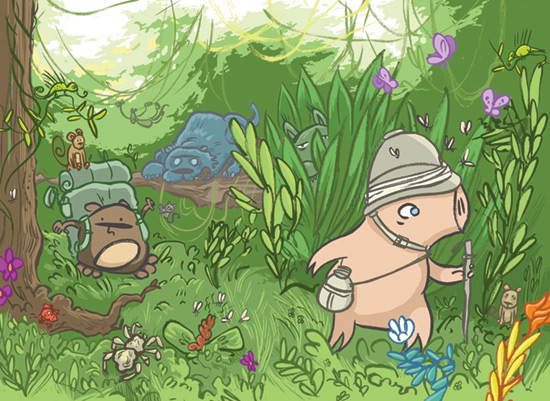 I’m working flat out on Pigsticks and Harold, and this spread has taken the best part of a day to colour, but I think it was worth it. 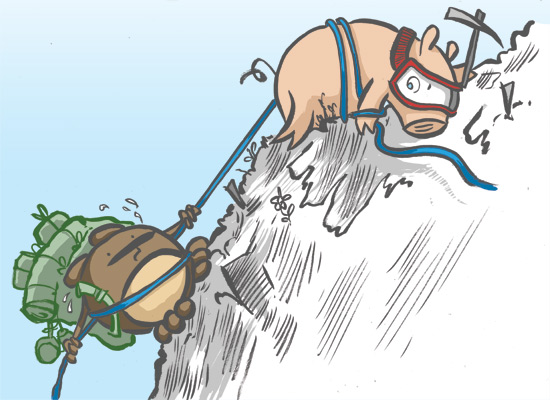 Because, you know, Pigs and Hamsters like to climb mountains! 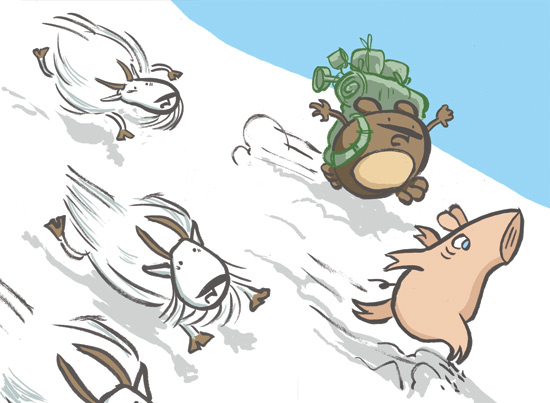 I’m doing some samples of Pigsticks and Harold as a comic. It’s very much in keeping with the original stories (in words!) that I created about my headstrong Pig and willing Hamster – I guess they were quite script-based, so suit comics well.

Here’s one of the pages of Harold finding a parcel on his doorstep. 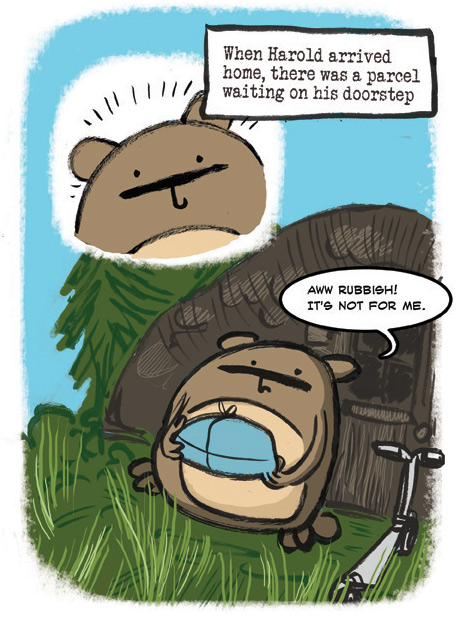 Stories always take a variety of shapes and form before they settle, so it’ll be interesting to see where this path leads.