You are here: Home / illustration / Drawing Harold the Hamster

I’ve been drawing a lot of late – in bed, on the trains, in school staff rooms. Obviously, this drawing is extra to yetis book 3, which I’m very pleased to say is nearing completion. The scribbles and doodles seem to revolve around my hamster friend, Harold, as well as many vikings.

Harold is one of those characters that appeared almost fully formed, and yet also out of a need for a foil for Pigsticks the pig. Pigsticks needed a friend to get up to stuff with, and Harold arrived on the page without much trouble. His attitude is just perfect for a sidekick to the energetic and super-positive pig.

The more pictures I draw of Harold, the more I love him, and the more situations I want to put him in. I love to see how he reacts to things, and I’m currently enjoying making him look after a load of baby hamsters. 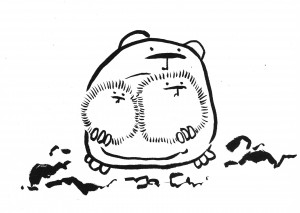 Baby hamsters don’t have any features other than eyes and a nose, in case you were wondering. 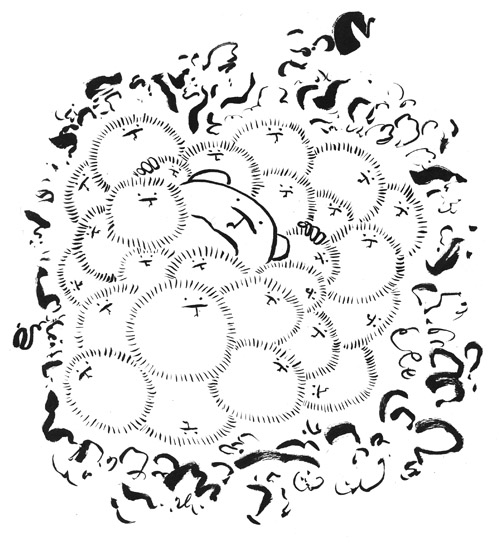 And here’s Harold again, covered in the little monkeys! He’s fast becoming overrun with them!