You are here: Home / Archives for eddie vedder 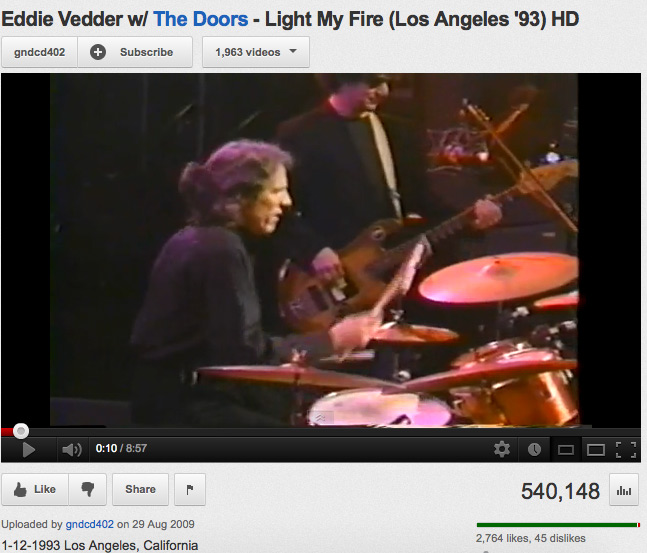 I love the photos in Fortean Times of time travellers. There was this great one of a time traveller with a mobile phone in a Charlie Chaplin film. You get the idea.

So there I was, doing some Youtube trawling, when I came across this video of the reformed Doors playing with Eddie Vedder in 1993, as they were inducted into the Rock & Roll Hall of Fame. And lo and behold, who is that playing bass? The time travelling Neil Gaiman, no less. I mean, he was alive then, but it’s definitely the Neil Gaiman of 2012.

Quite amazing, but possibly not as amazing as Robbie Krieger’s leather trousers.