You are here: Home / Library / The Magma Conspiracy 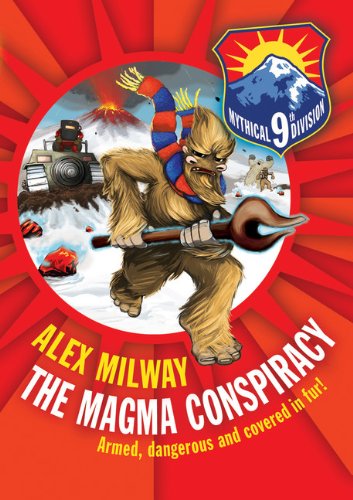 This time our intrepid yetis take on a volcano – and their old nemesis, Balaclava – in this third world-saving adventure.

A strange group of workers are caught in an eruption in Antarctica whilst conducting drilling tests on the local volcano, Mt Erebus. The yetis rush to help, only to witness a tank bearing the MAGMACORPS logo driving off through the lava flow. Something is definitely up, and the yetis roll out to NY to investigate this suspicious corporation. On the 54th floor of the Empire State Building, the yetis uncover a plot to erupt every volcano in the Pacific Ring of Fire and to plunge the world into a Volcanic Winter – bringing famine, darkness and incredible cold to the Earth. And who could be behind such an evil scheme? None other than the evil genius, Balaclava! The Mythical 9th Division needs to act fast before Balaclava uses his Magma Bomb on a Super Volcano and the world comes to an end!

⭐⭐⭐⭐⭐This series is so funny! I love Alex Milway’s books