You are here: Home / Library / The Alien Moon 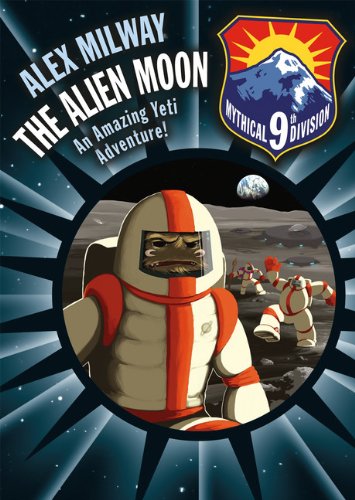 In their fourth adventure, the yetis of the Mythical 9th Division go where no yeti has gone before – outer space!

Deep in space, the members of the Mythical 7th Division have got a problem – they’re being besieged by invisible monsters. Multiplying at a rate of knots, the monsters are destroying everything in their path on a collision course with Earth. World destruction looks inevitable, but the monsters haven’t factored a crack troop of yetis in their plans… With comic strip and illustration throughout, Albrecht, Timonen and Saar’s fourth mission is their biggest (and funniest) yet.