You are here: Home / illustration / Alice Anteater gets cuter

Characters change subtly over time – look at early Snoopy compared to the one we know now – and it’s always interesting to look back and chart the evolution of a character’s style.

Pigsticks and Harold have both evolved over the past three years. They’ve become cuter and a little less weighty, and the line has become more fluid. The other Tuptown characters have also grown-up – or grown down.

Alice Anteater is a nice example of this. I recently spent a day drawing her to get her right, and she seemed to get younger and cuter before my eyes. With that cuteness also comes playfulness, and suddenly I found myself knowing her better. She’s incredibly shy of other people, but when they’re not around she gets up to all sorts of things.

Here’s a before and after! 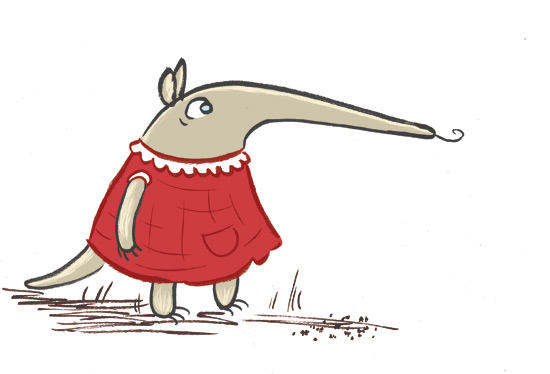 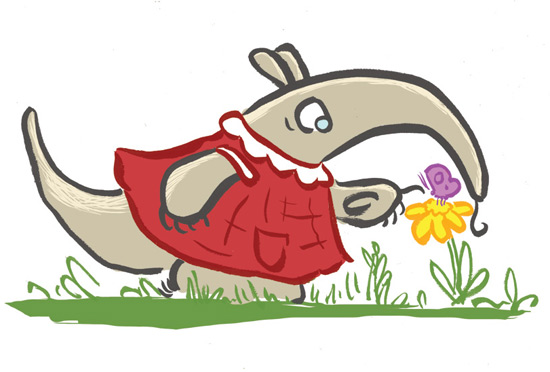 There’s still much of the old character there, but I think she’s now much more part of the Tuptown team.